This exhibition has now closed. For details of our current events, visit the What's On page.

The historic Soyuz capsule landed in November, along with a space-age virtual reality experience narrated by Tim Peake himself.

On 18 June 2016, Major Tim Peake returned to Earth in the Soyuz TMA-19M descent module after six months on board the International Space Station, where he conducted experiments, walked in space and even ran a marathon. In 2017, the Science Museum Group and Samsung joined forces to bring this historic piece of engineering to Locomotion, Shildon.

Visitors aged 13+ could also retrace Tim’s 400km journey back to Earth from the ISS in Space Descent VR, an out-of-this-world virtual reality experience narrated by the astronaut himself. Using Samsung Gear VR, visitors could enjoy a 360⁰ look inside the Soyuz capsule and experience the thrill of being an astronaut.

Find out more about the National Tour of Tim Peake’s Spacecraft here. 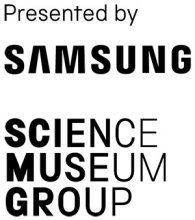 This incredible virtual reality mission put visitors in the pilot’s seat of Tim Peake’s spacecraft to experience a truly incredible journey back to Earth.

Retracing Tim Peake’s thrilling 400km journey back to Earth from the International Space Station, this out-of-this-world virtual reality experience was narrated by Tim Peake himself. State-of-the-art Samsung Gear VR gave a 360⁰ view inside the Soyuz TMA-19M capsule and put you in the driving seat for a mission unlike any other.