At Locomotion you can see highlights of the national collection of railway vehicles in the world’s first railway town.

The town of Shildon has had an exciting story to tell since the earliest days of the rail industry, making it the perfect place to explore the rich seam of local railway history and discover how the railways have changed all our lives.

We have an exciting vision for the future of Locomotion—find out more about how our ideas are shaping up. 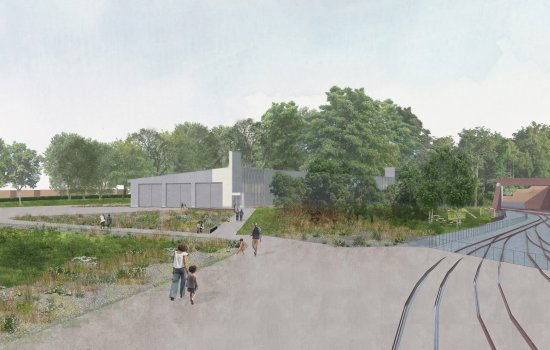 Take a look at the design of our new building, which will make Locomotion home to the largest museum collection of rail vehicles in Europe. 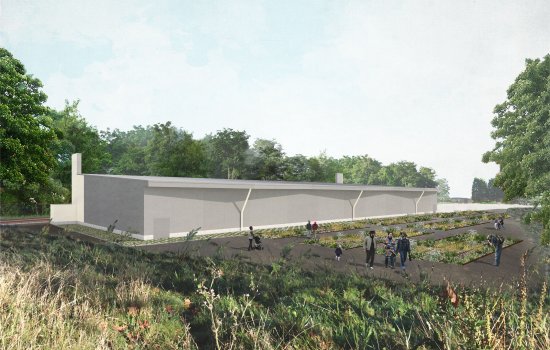 We’re investing in our site to create a better experience for our visitors, a safe environment for our collection of railway vehicles and a sustainable future for our important historic buildings.

History of the museum

The museum officially opened in September 2004 as a partnership between Sedgefield Borough Council and the National Railway Museum, with funding from both partners and the Heritage Lottery Fund. It is home to more than 70 rail vehicles from the national collection, including icons such as Sans Pareil, APT-E and Deltic prototype.

The historic buildings associated with Timothy Hackworth and the early days of the Stockton & Darlington Railway are an integral part of the site. These buildings were part of Sedgefield Borough Council’s Timothy Hackworth Museum, which became part of Locomotion when it opened in 2004.

Visitor numbers at Locomotion have far exceeded early predictions, averaging more than 175,000 annually—often boosted by amazing events such as Mallard 75 or Flying Scotsman and the Shildon Shed Bash.

Shildon has had an exciting story to tell since the earliest days of the railways, and the site was chosen by the partners to reflect its unique place in history.

Shildon’s long association with railways began in the 1820s, when the new Stockton & Darlington Railway (S&DR) chose the town for its engineering headquarters. On 27 September 1825 George Stephenson’s Locomotion set off from outside the Mason’s Arms public house, hauling the first train to Stockton. Shildon became known as the ‘Cradle of the Railways’ and the world’s first true railway town.

In 1827, engineer Timothy Hackworth was appointed to look after the company’s locomotives and made his home in the town. Over time he established his own locomotive works alongside those of the S&DR.

After Hackworth's death in 1850, Shildon began to carve out a niche as the major wagon works for the S&DR, which later became the North Eastern Railway, then London & North Eastern Railway and finally British Railways. At its height, the Shildon Wagon Works was the largest in Europe and the massive infrastructure of sidings that supported the works was the largest in the world.

With industrial growth and prosperity from local coal mines contributing to the town's development, a network of railway lines criss-crossed the settlement—but it was those links with earlier times that remained in the local psyche and became what the town was best known for. Locomotion proudly stands on the site of the wagon works' sidings, providing a link to the past and future of the railways worldwide from the world’s first railway town.

In 1975, Shildon played host to the 150th anniversary celebration of the Stockton & Darlington Railway, in recognition of the town's railway heritage. An exhibition of rolling stock and a cavalcade of locomotives passed along the line to Heighington to mark the occasion.

A small museum was also set up and opened by the Queen Mother, and there matters rested until 1983, when the wagon works was threatened with closure. The whole raison d’être for the town was under threat but, after a long fight, a combination of political pressure and lack of orders resulted in its eventual closure in 1984 with the loss of some 2,900 jobs.

An amount of re-investment created some new opportunities but, for nearly 20 years, Shildon became a place that very few people had heard of and even fewer visited.

In the late 1990s, the National Railway Museum decided to get to grips with its vast collection and attempt to make it more accessible. At the main museum site in York, the small objects were kept in open store in a gallery known as The Warehouse. Museum managers sought to do the same with the rolling stock, around 70 items of which were in inadequate storage either at York or elsewhere across the country.

The head of the National Railway Museum went out to the public and private sectors looking for partnerships to develop what was initially conceived as a major storage facility for the rolling stock collection that would open its doors to the public on occasional days.

Many locations were examined, but at Shildon in County Durham, Sedgefield Borough Council offered a brownfield site with a long railway history and a connection to the national rail network in a partnership that had the most potential for both parties.

Track began to be laid during the spring of 2004 and in June the first locomotives arrived on the museum site: a humble class 03 diesel shunter and an LNER Q7 goods engine. A gathering of sponsors, partners and local dignitaries watched the latter being installed in the new Collection Building and then the hard work began.

With the new museum due to open on 25 September (as close to the Stockton & Darlington anniversary as possible), there were nearly 70 locomotives, carriages and wagons to be installed, as well as museum displays to fit out and offices, a shop and café to equip. The race against time was on.

Suffice it to say the deadline was met, and on the first weekend thousands came to see what it was all about, far exceeding the numbers expected. But this was merely a soft launch—the official opening happened a month later on 22 October, when a special train worked up from York hauled by the streamlined steam locomotive Duchess of Hamilton.

In front of VIPs, local dignitaries, funders, staff and volunteers, and in the company of National Railway Museum flagships Flying Scotsman and City of Truro, then-Prime Minister and MP for Sedgefield Tony Blair declared the museum open.

In the first 12 months of operation, the new museum welcomed 210,000 visitors—considerably more than the 60,000 anticipated. From an early date, it established a programme of innovative and exciting events, tying in the unique heritage of the region with the appeal of the North East’s first national museum.

Since 2006, trainees and volunteers have worked in the Conservation Workshop to repair and restore historic railway vehicles. The first restoration project was a small locomotive called Woolmer, which arrived in pieces. After careful reassembly and repair it's now on display at the Milestones Museum in Basingstoke, Hampshire. Those involved have developed a range of skills,  from fabrication, turning, welding and riveting to coach painting and signwriting.

Since it opened, Locomotion has established itself as one of the biggest tourist attractions in the North East and the most visited museum in County Durham. It plays a key part in the local economy and has put Shildon back on the map as a place to be visited, with its rich rail heritage assured for the future.

Locomotion is a partnership between the Science Museum Group and Durham County Council. It first opened in 2004.

This partnership continued successfully for 13 years under a Joint Management Board, with some members of staff employed by Durham County Council and others by the Science Museum Group.

On 1 December 2017 the nature of the partnership changed. Locomotion became a full part of the world’s most prestigious family of science museums—the Science Museum Group—while continuing to benefit enormously from its partnership with Durham County Council, including generous financial support.

Locomotion continues to go from strength to strength. Exciting plans are being developed for the future of the site, including restoration of its historic buildings, promotion of our incredible National Collection vehicles, and building on our relationships with the local community and our neighbours in the cultural sector.

As the world’s leading group of science museums, we share our unparalleled collection—spanning science, technology, engineering, mathematics and medicine—with over five million visitors each year.

Visit the Science Museum Group website to find out more.